After days of drama and suspense, cricket is set to do all the talks again. Australia and South Africa will square off in the third Test of the series at Cape Town. Australia won comprehensively at Durban but AB de Villiers and Kagiso Rabada guided the hosts to a remarkable comeback at Port Elizabeth.

Rabada’s shoulder push to Australian skipper Steven Smith earned him a two-Test ban but the pacer appealed against the ICC decision successfully much to the dismay of Smith. Rabada’s form and availability boosts South Africa’s chances at Cape Town, the venue, where they beat India earlier this year. 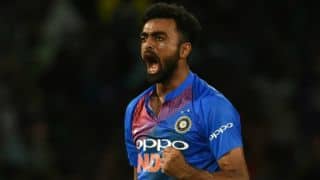