It was a dramatic Day Three at Cape Town in the third Test between South Africa and Australia. The series has seen some ugly and untoward incident but nothing as dirty as Australia s deliberate ploy of ball-tampering. They got caught on live TV and things snowballed into one of the biggest controversies. Cameron Bancroft was caught in the act and captain Steven Smith admitted that the leadership group were aware of it.

Cricket fraternity has blasted Australians for tarnishing the sport and even Australian Prime Minister Malcolm Turnbull regretted the incident.

Coming to the Test, South Africa have piled up a 294-run lead with AB de Villiers and Quinton de Kock at crease. They have five more wickets remaining. South Africa are in a comfortable situation and are eyeing a win. How Australia put the career-defining controversy behind them and come out and perform will make the proceedings even more interesting.

The live telecast of Day Four will be available on Sony Six and Sony Six HD. Whereas, the live streaming of the match will be on SonyLIV. 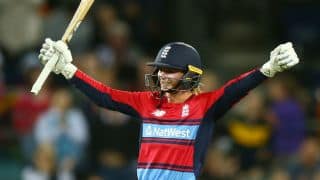 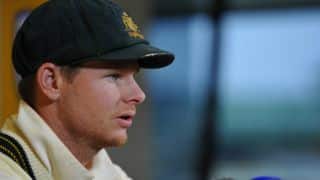