Before the fourth Test, Australia have lost the core essence of their team. The ball-tampering saga has overshadowed the spirit of the series. Steven Smith, David Warner have been handed 12-month ban by CA after admitting their crime. Cameron Bancroft has been given 9-month ban as well. More over, this will be the last Test that Darren Lehmann will be coaching. Now, it all comes down to Australia’s new captain Tim Paine. The last 6 days has been nothing less than a roller coaster ride for the Australians. Paine has the responsibility to reverse the fortunes of the team who have faced enough turmoil over the past few days from media, fans and the cricketing world.

The ball-tampering has overtaken the Test series so much so that one has forgotten this is the final Test for Morne Morkel. If he is not picked, it is the end of his cricketing career. As Faf du Plessis had mentioned in his press conference after taking 2-1 lead: “It has been bizarre, crazy, ridiculous. We joke about it but it s literally like a soap opera. There s something happening every day. The two captains have both said it is a shame because this has been an incredible series between two strong teams. But there are way too many things happening away from the game that is taking the shine off.”

The only way the shine can be brought back in the series is by Australia recollecting their lost morale, levelling the series against South Africa and ending it with pride. As for the match, Australia will have Glenn Maxwell, Matt Renshaw and Joe Burns in their squad for the final Test as replacement for Smith, Warner and Bancroft.

The live telecast of Day Three will be available on Sony Six and Sony Six HD. Whereas, the live streaming of the match will be on SonyLIV. 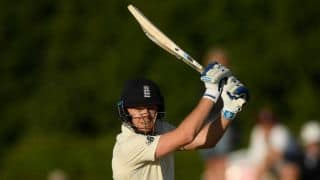 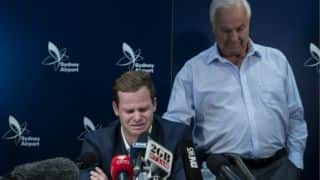