Hello and welcome to the live updates of the second day of the first Test between South Africa and Australia at the SuperSports Park in Centurion. Australia will aim to bundle out South Africa cheaply as the hosts were struggling at 140 for six at stumps on the second day. Australia are 257 runs ahead and they would aim to maintain their strong hold over the game.

Mitchell Johnson claimed four wickets as South Africa were struggling at 140 for six at stumps, trailing by 257 runs against Australia on the second day.   AB de Villiers’s unbeaten half-century was the only bright spot for the hosts as their batsmen struggled to tackle Johnson, who ripped through their top order in the first spell from which they could not recover.

De Villiers and JP Duminy did put up a 67-run stand for the fifth wicket, but the latter’s dismissal in the 31ts over of the innings didn’t do them any good as Australia sniffed another opportunity to make further inroads. 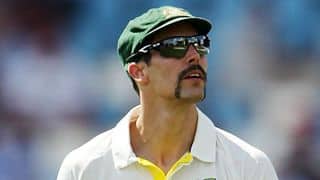 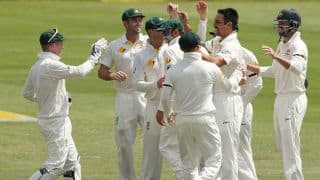