South Africa will square off with Australia in the fifth and final One-Day International (ODI) match at Cape Town. The live telecast of the match will be available on TEN Sports HD 1 & Ten Sports 1. The live streaming of the match will be aired on tensports.com. South Africa lead the series 4-0 and will look to whitewash the opposition. As a matter of fact, Australia have never been clean-swept in a five-match ODI series. To make matters worse, it will be their third whitewash this year: 3-0 against India in a T20 series and 3-0 against Sri Lanka in a Test series. Full Cricket Scorecard, South Africa vs Australia, 5th ODI

So far South Africa have been at their lethal best. Despite the absence of AB de Villiers, they managed to bog down the No. 1 team in ICC ODI rankings. It was Quinton de Kock in the first match who was in the thick of things. He smashed 178 off 113 balls inclusive of 16 fours and 11 sixes, helping South Africa chase 295 with 82 balls remaining. The second match saw Faf du Plessis bludgeoning 111 runs to guide South Africa to 361 for 6. In addition, along with JP Duminy, he added 150 for the third wicket. The hosts won it comprehensively by 142 runs. Also read – South Africa vs Australia, 5th ODI: Preview and Predictions

The third contest was a thriller, so much so that South Africa chased down 372 runs, thanks to David Miller’s unbeaten 118 off 79 balls. Fourth ODI, however, saw a different scenario. This time, the South African bowlers took the centre stage. While Kyle Abbott took a stunning four-for, Tabraiz Shamsi outfoxed the likes of Steven Smith and Travis Head. 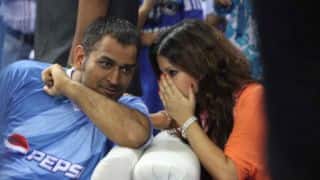