England have Alastair Cook and Alex Hales in the middle at the score of 16 for 0, South Africa trailing by 18 runs.

South Africa as they blocked and scored runs a very slow pace continued. It was not until the final session where Temba Bavuma and Chris Morris added some exciting moments. Bavuma scored his first ever Test ton and Morris achieved his first ever Test half century in the process. Bavuma cracked his first ever Test ton from 141 balls hit 16 smashing knocks past the boundary.Morris and Bavuma had a 167 run stand for seventh, batting a total of 39.5 overs together. Hashim Amla also get his double ton in quickly 461 balls. England in the second innings have Alastair Cook 8* and Alex Hales 5*  still at crease with England leading by 18 runs placed at 16 for 0. LIVE CRICKET SCORECARD: South Africa vs England 2015-16, 2nd Test at Cape Town, Day 5

Catch the live streaming of Day 5 of the second Test at Cape Town between South Africa and England on tensports.com, and the live telecast of the match on Ten Cricket and Ten HD. Live Cricket Score, South Africa vs England 2015-16, 2nd Test, Day 5 at Cape Town

Live streaming has recently become an absolute joy for connoisseurs of online sport. The capacity for live streaming sports, regardless of where one is on the planet, makes live streaming an absolute boon. A person can watch feats of sporting glory either on their laptops, or PCs, or Macs, or tablets, or phones. Due to the availability of online live streaming nowadays even the official broadcasters have now woken up and smelled the roses, and therefore have begun live streaming, be it of the free or paid version. One must always beware of dangerous and fake illegal sites, as it is within the realms of possibility for these avenues to be harmful to your device and thereby cause such malicious defects as viruses and other malware. 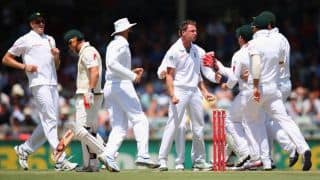 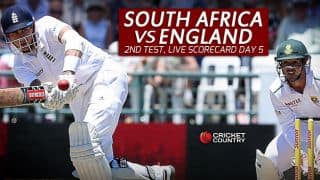