South Africa ruled day 4 with their skipper Hashim Amla scoring a double ton for fourth time, while the 25-year-old Temba Bavuma scored his first maiden ton in his home town. Amla and Bavuma were given equal support time to time with first AB de Villiers scoring 88 and creating a Test record of 8000 runs. Faf du Plessis was upfront with his shots scoring 86 runs. Chris Morris, who is known for his fast pace bowling, was called upon for his debut Test and scored half-century putting up an excellent partnership with Bavuma. Quinton de Kock – replacement for JP Duminy – did not live up to South African’s expectation and was out for duck. LIVE FULL SCORECARD: South Africa vs England, 2nd Test at Cape Town

England showed equal potential after lunch, where Stuart Broad picked consecutive wickets of Amla and Quinton de Kock, while James Anderson picked Faf du Plessis. England were not at their best on Day 4 with crucial wickets been missed at many points. Day 3 also was on South Africa’s court with a splendid partnership between Amla and de Villiers and no wickets on hand for the visitors. Day 2 saw some records established by England with Ben Stokes scoring his fastest double century with 258, surpassing Virender Sehwag’s record. The last England batsman to score fastest double century was Ian Botham at 1972. Jonathan Bairstow remained not out at 150 runs. Bairstow as well Stokes set a record of 6 th wicket partnership in Tests, where both registered their highest grand total. LIVE CRICKET SCORE: South Africa vs England, 2nd Test at Cape Town

Day 1 remained with England as they carried forward the victory momentum, but the openers could not withstand the partnership for too long as Morris picked a crucial wicket of Joe Root. England has started their second innings with 16/0 at stumps. Alastair Cook and Alex Hales are on the crease leading by 18 runs. England definitely seem to win this series who are currently leading on 0-1, while South Africa look to equal the series by gaining victory in the second Test. Day 5 definitely holds on lots of twists and turns. 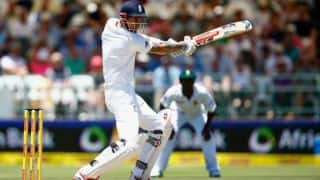 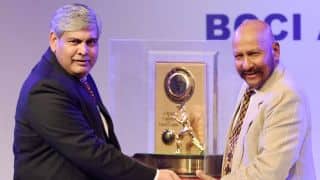