Ouinton de Kock is set to take resume his wicket-keeping duties for South Africa after missing the third Test due to freak injury.

South Africa going into the fourth and final Test vs England at Centurion have finally some good news as wicket keeper Quinton de Kock is all set to return for them. De Kock had earlier suffered a freak knee strain while he was walking his dogs. De Kock had reportedly hurt his knee as he tripped while talking his two Jack Russell terriers for a walk. Dane Vilas who replaced De Kock, was ushered in from flight to join the team in the morning of the match at Johannesburg.  De Kock was declared fit in the fitness Test when through Cricket South Africa confirmed according to cricket.com.au. ALSO READ:South Africa vs England 2015-16: Kagiso Rabada wants team to stick together as an unit despite series loss

Vilas after this has been released from national duties and is available to play for his provincial team. Hardus Viljoen who made his debut in the third Test has also been released and is available for selection for his provincial side. Viljoen playing his first match also became the only second cricketer in Test to pick a wicket off the very first ball of his career and score four runs in the very first ball he faced. Viljoen ended up with match figures of one for 94 as South Africa were defeated by seven wickets. England after the win has now an unassailable lead of 2-0 with one one match to play.

With Viljoen being released there are chances of Dane Piedt or Kyle Abbott returning in the playing XI for South Africa against England. 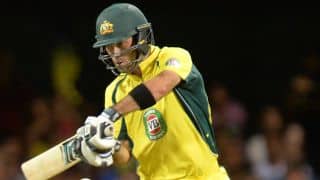