The entire South African squad was tested following the positive test result announced shortly before the scheduled start of the 1st ODI on Friday.

The 1st ODI between South Africa and England has been abandoned without a ball being bowled after 2 members of the hotel staff tested positive for Covid-19.

This was a repeat of Friday (December 4) when the 1st ODI was abandoned, also without a ball being bowled after a positive test in the South African camp shortly before the match was set to begin in Cape Town.

However, the South African squad returned a full set of Covid-19 negative results which meant it was deemed fit to start the ODI series from Sunday. But the match was initially delayed after 2 members of the hotel staff tested positive.

The entire South African squad was tested following the positive test result announced shortly before the scheduled start of the 1st ODI on Friday.

Cricket South Africa had said it was satisfied there was no breach of the bio bubble and was satisfied that protocols had been followed by the players and support staff.

“Cricket South Africa (CSA) is pleased to announce that the entire Proteas team has returned negative results from the COVID-19 tests that were conducted yesterday evening in Cape Town,” a CSA statement said on Saturday morning.

Ever since international cricket resumed amid the outbreak of the pandemic, several tournaments have been hosted successfully.

The Indian Premier League, played in the Middle East from September 19 to November 10, was a good example of how players adhered to the bio bubble. Meanwhile, India who are currently in Australia, have played 3 ODIs and will take on the hosts in the 2nd T20I.

In New Zealand, the Pakistan cricket team was given a final warning by New Zealand Cricket and its government after several Pakistani players tested positive for Covid-19.

“They have told me straightaway that one more breach and they will send the whole team back,” PCB CEO Wasim Khan said in a WhatsApp voice message sent to the team. 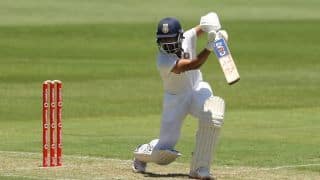 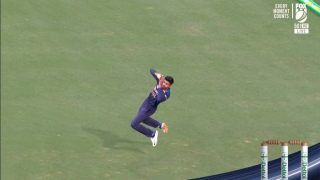