India are all set to take on South Africa in the six match ODI series starting from February 1.

India are all set to take on South Africa in the ODI series starting from February 1. After losing the Test series by 2-1 India will look to bounce back strongly in limited overs format. However, India don’t have a decent record in South Africa having won only five out of 27 ODIs.

India is still to register a bilateral series win in South Africa. India gave the host a tough fight in the Test by putting them under pressure many times. Faf du Plessis believes the Indians have a good squad which can change their record in South Africa.

“I think it (the poor record) tells a story. It means that there is something difficult for touring teams to come here and get accustomed to. But as I mentioned before the Test series, I feel like this Indian cricket team has got the names on paper to challenge that and get some victories in South Africa.

“They have proved that in the Test series and they are a quality team. So I expect the same (challenge and intensity) in the ODIs coming up,” said du Plessis.

India might have played without a spinner in the last Test match but when it comes to limited overs the spin comes into play. Talking on the same du Plessis said Indian spinners have more control and can get wickets for the team.

They have got more control

“They are very good spinners. I’ve played against them (Yuzvendra Chahal and Kuldeep Yada) obviously in the T20s and in the IPL. They have been very successful for India in the last while. ODI wickets here generally don’t spin a hell lot so it depends on how the wickets play.

“But they have got more control. The benefit of having spinners like that is they are always looking to get wickets.

And if you get wickets, you put pressure on the batting side.

They’ll be two important bowlers for the Indian team,” he said.

Indian bowlers have been the in highlights during the Test series picking up 60 wickets in three Tests. Du Plessis says he was surprised by bowlers consistency. Jasprit Bumrah who was playing his debut series grabbed a five-for in the last Test was also appreciated from the South African captain.

“The conditions in the Test series were bowling friendly, but I was surprised how consistent the Indian seamers were.

They were very, very consistent and it showed us there is a lot of strength in their bowling department.”

“Jasprit Bumrah was a surprise selection because India had more experienced bowlers in the squad, but he was very impressive. He is a good ODI bowler but I was really impressed with his consistency. He didn’t bowl a lot of bad balls, which shows that he is someone for the future,” he added.

While Talking about the game plan for the ODI series du Plessis says the main focus will be on the batting and putting India under pressure.

“The good thing is, that from a batting point of view, we were able to still make a few inroads. We feel like we had some good plans in the Test matches to certain batsmen and so if we can keep those guys quiet in the early doors of the series, we feel that as a batting unit we can keep them under pressure.” 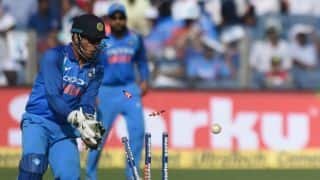 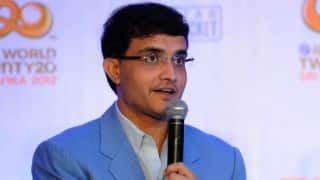