Dunedin (New Zealand): After rain played a spoilsport on the final day of the first cricket Test between South Africa and New Zealand on Sunday, Proteas’ skipper Faf du Plessis said the way match ended was “frustrating”. South Africa took 191-run lead on the fourth day and were on the brink of winning the Test when rain stopped the final’s day play at the University Oval. “When a Test match finishes on a day like today, it’s very frustrating. If today was a full day of cricket, we felt with one (New Zealand) seamer down and one of their main batters out of the team, we fancied our chances. It’s very disappointing from that point of view,” Faf du Plessis told International Cricket Council’s (ICC) website. NZ announce squad for 2nd Test vs SA: Broom replaces Taylor

“We were 190 ahead on a wicket that was spinning quite a bit. Purely on the match position, if we got 50-60 more runs, a 250 lead, and set them that in 50-60 overs, we’d fancy our chances,” he added. The umpires waited till the end of the scheduled lunch break on the fifth and final day before announcing that no play would be possible, according to the International Cricket Council’s (ICC) website.

Commenting on the match, New Zealand skipper Kane Williamson said: “To put partnerships together against the very good attack, they have was a good effort. You always want more, which never goes away no matter how many you get, but it was nice to get a little lead going into that second innings.”

Earlier, South Africa scored 224/6 in the second innings with du Plessis unbeaten on 56 and Vernon Philander on one.

South Africa scored 308 in their first innings, to which New Zealand replied with 341. 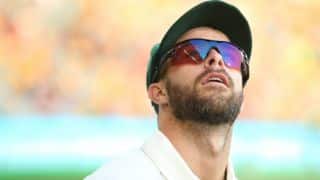 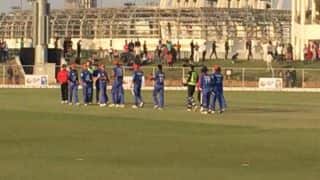