As play resumes on Day 2, skipper Faf du Plessis along with JP Duminy will bat for South Africa.

Hosts South Africa face New Zealand on Day 2 of the second Test at the Super sport park, Centurion. Catch the live cricket streaming of the match on tensports.com, while the live telecast of the match is available on Ten 2. Also enjoy the live streaming of the match on your mobile through Ditto TV app. South Africa got a good start on Day 1 as they were sent to bat first by New Zealand who won the toss. All the top four batsmen scored individual half centuries and South Africa ended their day with 283 runs on the board with the loss of 3 wickets. As play resumes on Day 2, skipper Faf du Plessis along with JP Duminy will resume batting. FULL CRICKET SCORECARD: South Africa vs New Zealand, 2nd Test at Centurion

Post the poor show of batting in the first Test, South Africa made significant changes in the batting order and sent regular opener Quinton de Kock to open the innings along with Stephen Cook. De Cock remained the highest scorer of the day with his 82, building up a partnership of 133 runs. Stephen Cook went on to complete his half century and departed soon after, scoring a total of 56. Hashim Amla along with JP Duminy took the innings further,  building up the second highest partnership of the day with 95 runs. Amla departed for 58 while Duminy is unbeaten along with skipper du Plessis, who is batting at 13.

For New Zealand, Neil Wagner remained the most successful bowler as he dismissed de Kock and Amla on Day 1. Doug Bracewell was the other bowler to bag a wicket while Tim Southee, Trent Boult and Mitchell Santner remained wicketless.

The second Test started off as the decider of the two-match Test series. Earlier, the first Test had to be called off due to wet outfield and ended in a draw. Poor maintenance by Durban official might land them up in trouble in form of fine.

Earlier, talking about South Africa’s batting in first Test, Amla told to cricbuzz, “Quite a few of us got out to deliveries in ways that could have been avoided. I tried to bat normally. It wasn’t a conscious effort to score quickly. If I look at anybody else, they were hitting the half-volleys and cut shots. That’s what you need to do to score runs.”

He also spoke about Quinton de Kock. “Someone like Quinny has been around for three or four years and he is aggressive by nature. He plays that way. He got a quick 30 and had he not got out, we would have been in a good position. As he becomes more experienced, he will work it out. He played exceptionally well to get us some momentum, but, unfortunately, he didn’t bat through.”

This is the first time South Africa-born Kiwi player Neil Wagner was playing in front of his friends and family. Tlaking about the experience to AFP, Wagner said, “I have loved every bit of it. I live in Dunedin today and that has played a big part of who I am and how I have developed as a cricketer. “I had a lot of goosebumps when I walked out. It’s the first time in my life that I had my whole family and a lot of the friends I grew up with sitting next to the field and watching a Test match. I remember sitting on that bank and watching Allan Donald and Shaun Pollock and those guys, growing up and falling in love with this game. Walking out there today to represent the Black Caps in a Test match was an amazing feeling. I loved every moment of it.”

“It’s just respect for the place where I live now. It’s an English-speaking country. I’m a fully converted Kiwi now,” he added. 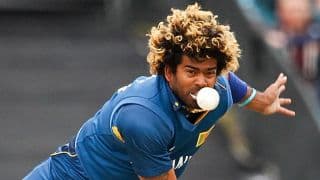 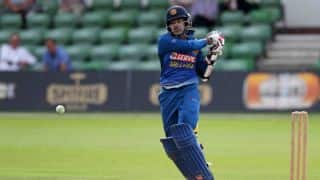