Duanne Olivier said bounce and swing were key factors as bowlers again dominated on the second day of the third and final Test between South Africa and Pakistan.

Leading wicket-taker of the series Duanne Olivier said bounce and swing were key factors as bowlers again dominated on the second day of the third and final Test between South Africa and Pakistan at the Wanderers Stadium on Saturday.

Olivier claimed 5/51, his third five-wicket haul of the series, as South Africa gained a first innings lead of 77. But Pakistan s bowlers hit back. South Africa were 135 for five in their second innings at the close, an overall lead of 212.

“The match is still on,” said Pakistan captain Sarfraz Ahmed, although he admitted that his team would need to produce their best batting performance of the series in order to chase down whatever target they are set.

Players of both teams said after the first day that the pitch was better for batting than in the first two Tests but 25 wickets have fallen in two days and the match appears to be hurtling towards another early conclusion. “The Pakistan batsmen batted quite well and quickly,” said Olivier. “If you get yourself in you will get rewarded with the bat but as a bowler I feel there is always something, especially with the bounce at the Wanderers.”

Olivier, who has taken 21 wickets in five innings said swing was a factor for the first time in the series. “The previous two Tests there wasn t much swing. There s quite a bit of swing at the Wanderers. There s still enough assistance for the bowlers and both teams have bowled well.

Olivier started the series as South Africa s fifth-choice fast bowler but played in the first Test in Centurion because of injuries to Vernon Philander and Lungi Ngidi. He had match figures of 11 for 96, prompting South Africa to opt for a four-man pace attack when Philander returned for the second Test.

Pakistan were right back in the game when medium-pacer Faheem Ashraf took two wickets in his first over to reduce South Africa to 45 for four. But Hashim Amla and Temba Bavuma blunted the bowlers in a fifth wicket stand of 48 before Quinton de Kock joined Amla and lifted the scoring rate late in the day by scoring 34 not out off 35 balls.

Sarfraz said his team had missed an opportunity with the bat to match or get close to South Africa s first innings total of 262. They lost their last five wickets for 16 runs. The Pakistan captain and Babar Azam played some thrilling strokes in putting on 78 off 61 balls for the sixth wicket but both were out within the space of five balls, to be followed immediately by Ashraf, who was out first ball to Olivier.

If you want to score here you have to play positively because a good ball is coming, said Sarfraz, who scored 50 off 40 balls. But he blamed “three bad shots, me, Babar and Faheem” for the collapse.

Sarfraz played one cut shot too many and was caught at first slip off Kagiso Rabada before Azam hooked Olivier to long leg. Ashraf got into a tangle trying to play a pull shot and spliced a simple catch to short leg. He added that the bowlers had also let their standards slip towards the end of the day when De Kock flourished.

“We bowled really well but the last 45 minutes we were not up to the mark,” he said. 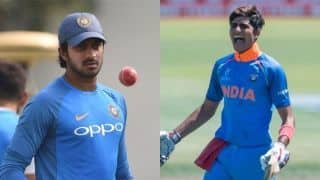 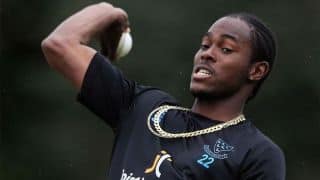