South Africa captain Faf du Plessis has said that with the ICC World Cup approaching there's a growing concern of players getting tired due to non-stop cricket.

South Africa captain Faf du Plessis has said that with the ICC World Cup approaching there’s a growing concern of players getting tired due to non-stop cricket.

After their limited-overs series against Pakistan, South Africa will host Sri Lanka for two Tests, five ODIs and three T20Is which will be followed by the Indian Premier League in March.

The punishing schedule has Du Plessis worried as he can already see few of his players mentally and physically drained.

“That’s in the back of my mind when I can see that some of the guys are tired, mentally and physically. It’s a balancing act, we’ve got a big game that’s coming up but it’s really important that we also make sure that we have guys getting enough game time as well,” Du Plessis said.

He continued, “I think we’re going to try and rest the Test squad players for the T20s. Right now, I can see that there’s a few tired bodies on the field and that’s a concern.”

South Africa lost their first ever Pink ODI on Sunday which brought their winning streak of six matches to an end. Pakistan bowled out the hosts for 164 and then chased it down with 111 deliveries to spare drawing level at 2-2 in the five-match series.

Du Plessis, who was one of the two half-centurions from SA innings, admitted his team wasn’t up to the mark. “There was some average cricket from us, but some very good cricket from Pakistan. It’s tough to look at the positives,” he said.

In the loss though, SA are identifying the areas they need to work on before finalising a squad for the all-important World Cup in England.

“I’m picking up lots of valuable lessons about the balance of the side, looking at what we’re missing at the moment. Even though we are losing, I assume the younger guys are getting a lot of experience. I can speak for myself, even when losing, there’s clarity on how I see us moving forward with the team,” the 34-year-old said. 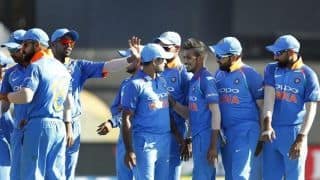 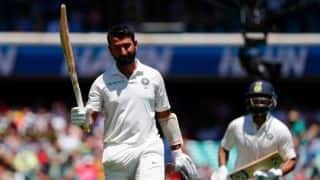 Can’t really have anyone better than Cheteshwar Pujara to influence Saurashtra: Jaydev Unadkat