Sri Lanka will hope for a consolation win after having already surrendered the T20I series.

Sri Lanka began their South Africa tour with a historical Test series sweep but it now seems a distant memory. Since that morale lifting performance in the whites, the touring party has been humbled across the limited-overs leg of the journey. They suffered a 0-5 thrashing in the ODIs and are on the verge of another whitewash in the T20Is.

On Sunday, Sri Lanka will take field one final time before the ICC World Cup 2019 against South Africa in the third and final T20I of a three-match series which they have already lost 0-2. While the fixture may be a dead rubber, for the tourist, pride is at stake. (READ: Malinga to retire after 2020 ICC World T20)

South Africa prevailed in the first T20I in a Super Over thriller thanks to David Miller and Imran Tahir. In the second match, they reduced Sri Lanka to 83/7 defending 180 before a late assault from Isuru Udana (84* off 48) reduced the defeat-margin.

For South Africa, finishing their home season on a high will be the main motive and they will be happier to have churned out dominating wins even in the absence of first-choice stars.

Weather: Partly Cloudy with a high of 26 degrees Celsius

It’s unlikely South Africa will make any changes to their playing XI from the second T20I and might field the same side on Sunday.

It’s the World Cup year and Sri Lanka will want to give a chance to as many players as possible to get a better understanding of the squad they potentially will take to England later this year. Sadeera Samarawickrama and Asitha Fernando haven’t played a single game on the tour so far and might end up playing in the final fixture.

“Always good to get a series win under the belt. All in all, a good team performance” – JP Duminy

“Very frustrating for us to lose games like these [2nd T20I], especially with the top-order batsmen. They have to learn what the team is expecting and provide good starts. The bowling went well, but towards the end, they got a few runs in the last three overs. They got 10 runs more than we expected.” – Lasith Malinga 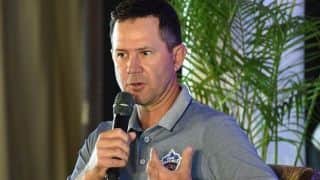 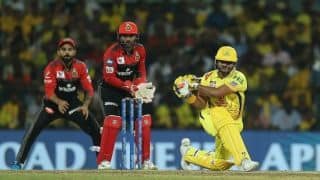