South Africa batting coach Dale Benkenstein has said his team has been a 'little complacent' and that they haven't put their best forward.

South Africa batting coach Dale Benkenstein has said his team has been a ‘little complacent’ and that they haven’t put their best forward in the ongoing two-Test series against Sri Lanka which they trail 0-1.

Benkenstein sharp assessment comes in wake of another poor batting performance from South Africa that saw them being skittled for 128 in their second innings against the touring Sri Lanka in Port Elizabeth on Friday.

The collapse meant South Africa are playing catchup to avoid a 2-0 clean sweep with the tourists needing 197 runs to win. And by the end of second day’s play, they have already scored 60/2 and need 137 runs more to win.

Benkenstein said that his team has been playing non-stop cricket throughout the summer but that shouldn’t be a reason for not having the ‘right attitude’.

“We came in a little bit complacent,” Benkenstein said on Friday. “We addressed that, but it’s still very important to have the right attitude coming into a series. We say all the right things, but when you go in thinking we’ll probably have enough to beat the Sri Lankan side, I think it’s a dangerous place to be. We had two days in between series. It’s a full-on summer so you don’t have time to prepare. You can’t change what is really inside you.”

South Africa have been surprised by the visiting bowlers, a fact that Benkenstein accepts. “We have not been at our best – after a pretty disappointing first game as well – against a side that we did not know a lot about. There wasn’t a lot of footage with which to analyse them. You have to give credit to the Sri Lankan bowlers. They’ve shown good skill, but we’ve given them soft wickets at crucial times. I keep thinking that it will be sorted out in the next innings,” he said.

He added, “We’ve been pretty strong mentally, we came up against some very good bowling attacks and we scored enough runs to win those series. So I can’t really put my finger on what’s gone wrong now, but it’s been a long, full-on summer and the guys are only human, there may be a slight lack of energy.”

He feels the game is not yet dead and if his bowlers can start well on Saturday, the contest will swing in their team’s favour. “The game is still on the line and if we can have a good hour first thing tomorrow morning then we could make it hard for them to get the runs. There’s a little bit still there in the pitch and we have good bowlers,” he said. 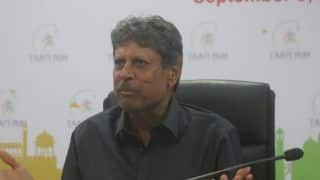