Like South Africa, the West Indies selected a different captain for each format on the tour.

South Africa and the West Indies square up in five one-day internationals, starting at Kingsmead on Friday, in their final competitive matches before the World Cup starts in Australia and New Zealand next month.

South Africa will be fielding their World Cup squad, with the exception of injured wicketkeeper Quinton de Kock, who has been replaced for the series by veteran Morne van Wyk.

Darren Bravo, Sunil Narine and Kemar Roach will be playing in the World Cup but are not in South Africa. Three players named for the South African series, Carlos Brathwaite, Narsingh Deonarine and Leon Johnson, will not be going to the World Cup.

AB de Villiers had a rocky start as South African one-day captain after being appointed in 2011 but the side showed major improvement last year, briefly rising to top place in the International Cricket Council (ICC) rankings before suffering a 4-1 defeat in a series in Australia late last year.

Missing from the Australian series was JP Duminy, a reliable batsman and off-spin bowler, and South Africa’s lack of a quality all-rounder was exposed, with their lower order batsmen struggling to maintain an acceptable scoring rate in the closing overs.

Duminy made his return to action after a knee injury in the final Twenty20 international against the West Indies on Wednesday and will give the side a better balance.

Outclassed in a Test series, the West Indies dominated the first two Twenty20 internationals before losing the third with a weakened team. They are likely to be competitive against South Africa, although the hosts will start favourites with star players De Villiers, Hashim Amla, Dale Steyn and Morne Morkel back in action after missing the Twenty20 games.

Like South Africa, the West Indies selected a different captain for each format on the tour. All-rounder Jason Holder will lead the one-day side and will also be in charge for the World Cup. 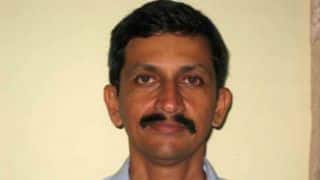