West Indies captain Darren Sammy has said there was never any doubt his side could produce a world record chase to beat South Africa in the second Twenty20 International at the Wanderers.

Set 232 for victory Sunday, the Windies pulled off the highest run chase in the history of T20 Internationals to steal a thrilling four-wicket win with four balls to spare, reports CMC.

“It’s probably one of the best matches that we’ve been involved in. This tops it all,” Sammy said.

“For me it was the attitude at half time from the guys in the dressing room. No one thought we couldn’t chase down 230-odd and when you have an environment like that, it breeds success where everybody is confident and supporting and backing each other to go out and do the job.”

Opener Chris Gayle blasted 90 off 41 deliveries, with nine fours and seven sixes, and posted a record 152 for the second wicket with Marlon Samuels, whose 60 required 39 balls.

And though these two innings proved decisive, Sammy believed the victory came as a result of team effort.

“With Chris and [Dwayne] Smith and then Chris and Marlon, everybody did their part because even after Chris got out, we still needed to score and ten, 11 runs an over so it took a team effort to do that,” Sammy said.

“I believe once we continue to play with that team spirit and energy we’ll be very dominant in this format.”

The Windies performance overshadowed South Africa’s captain Faf du Plessis’s brilliant 119 off 56 balls, his maiden T20 hundred, which lifted the hosts to the fourth highest T20 International total, after they were sent in.

The West Indies survived some anxious moments, however, losing five wickets for 38 runs in another mid-innings slump. Sammy then arrived to play a cameo, smashing an unbeaten 20 from seven balls to finish the game in style.

“To chase down 230-something in South Africa against a good team it shows that … the West Indies team can be destructive.” 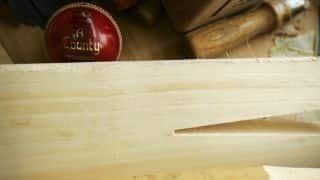