Toss has played an important role in the series; it is likely to play a vital role again on Wednesday.

South Africa and West Indies will on each other for the last time in the ongoing three-match T20 International (T20I) series at Durban on Wednesday. It has been a high-scoring series so far; thanks to some crazy hitting by a fired-up Chris Gayle in both matches, the West Indies have already secured the series with a 2-0 lead. Looking at the form and attitude of the visitors, one can expect another Calypso show at Durban.

West Indies probably have the most powerful Twenty20 batting line up in the world. Players like Gayle, Dwayne Smith , Marlon Samuels, Kieron Pollard, Dwayne Bravo, Andre Russell, and Darren Sammy are all match-winners in this version of cricket. In the current series, apart from Gayle and Samuels, most of the other batsmen are due for a big score. So at Durban, the South African bowlers might have to face the onslaught once again.

For South Africa this game will be more than a dead rubber. They have a tough period in limited over’s cricket of late. After the series (T20I and ODI) losses in Australia, this is their third series defeat in coloured clothing on a trot. Just before the World Cup, the Proteas would be desperately seeking momentum in limited-overs cricket. This match will be the best time to try out new things. The team management have decided to rest the T20I skipper Faf du Plessis for this game and Justin Ontong will captain South Africa at Durban.

The South African batting has been decent in the series. The main concern has been their bowling. In the absence of Dale Steyn and Morne Morkel, it was expected that the Kyle Abbotts and the Marchant de Langes would shoulder responsibilities, but the plans fell apart in front of some demonic hitting from Gayle. Only David Wiese and Imran Tahir have managed to trouble the West Indians a bit.

Toss has played an important role in the series; it is likely to play a vital role again on Wednesday. Both skippers will be looking to field first. It will be very hard to defend any score on this venue because of the short boundaries. So, keeping the power-packed batting line-up of both South Africa and West Indies, another run feast is on the cards. 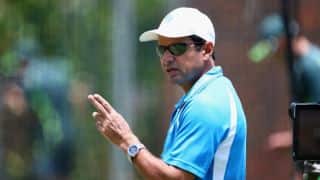 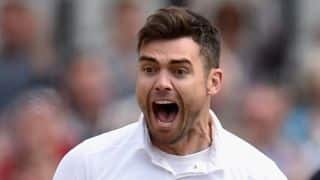