The hosts will be deprived of the services of Faf du Plessis in final T20I.

South Africa and West Indies conclude the Twenty20 International series with the third T20I at Durban. The hosts will be deprived of the services of Faf du Plessis for the match as he is being rested. Justin Ontong is set to replace him as skipper for the third T20I. Apart from the captaincy side of things du Plessis has been in brilliant form over the course of the two T20’s thus far, with a quick fire 38 in the first match at Cape Town and following it up with a hundred of 46 balls that powered South Africa to 231.

But South Africa’s bowling let them down massively in the second T20I at Johannesburg where they failed to defend a mammoth 231, conceding the highest run chase in T20I’s. West Indies rode on a fantastic 152-run stand off just 73 balls between Chris Gayle and Marlon Samuels to win by four wickets and four balls to spare. Gayle made 90 of just 41 balls whereas Samuels scored 69 in 39 balls. Subsequent to their dismissals the depth of the West Indies batting line up came to the fore as all lower order batsmen played their part to perfections, finding timely boundaries that helped the visiotrs get home with four balls to spare.

West Indies have most bases covered and go into the final T20I as overwhelming favourites considering their form and the resources at the disposal of the hosts who are missing some key players. 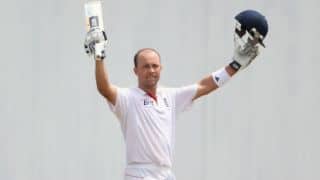