South Africa take on West Indies in the fifth and concluding ODI at Centurion.

South Africa will take on West Indies in the fifth and concluding One-Day International (ODI) at Centurion. South Africa, the hosts, have taken an unassailable 3-1 lead. The match, in the context of the series is a dead-rubber. But taking the larger picture into consideration, there is a lot to play for.

The ICC World Cup 2015 is just over a month away and both teams will want to enter the tournament on high spirits. West Indies have looked down and out throughout the series but in the previous ODI at Port Elizabeth came back hard by clinching a thriller with just one wicket in hand.

South Africa will look to shake away that loss and play hard to reestablish their dominance, whereas West Indies will be keen to make the series 3-2, before heading to Australia and New Zealand where the World Cup will be held.

In the previous match, South Africa batting was struggling at 76 for four before David Miller stepped and scored a glorious hundred — his maiden ODI ton. His effort saw South Africa reach 262. The West Indian bowling bolstered by ODI-debutant, Sheldon Cottrell was very good early on and mostly caused trouble for all batsmen, save for Miller.

West Indies batting on the other hand was terribly poised at 73 for five and most would’ve given up hopes for a revival. A healthy partnership of 93 runs, stitched by Marlon Samuels and Darren Sammy gave West Indies a glint of hope and that was enough for Andre Russell to come out and capitalise on. His 64 of 40 deliveries, including some huge hits giving the ball an aerial view of Port Elizabeth.

The previos match provided for exciting, nail-biting viewing — something the series has lacked so far with South Africa gaining multiple one-sided wins. The hope is for the final match to live up to that level. 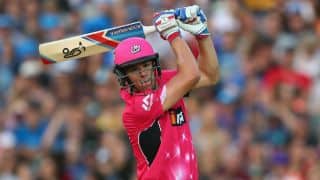 Dale Steyn's date with a lioness at Kings Camp