His last century was back in November in year 2012 when he scored 260 against Bangladesh at Khulna.

West Indies batsman, Marlon Samuels scored his sixth century in Test cricket against South Africa in the second of the three-match Test series at St. George’s Park in Port Elizabeth on Monday. His half-century came off 153 deliveries that included 14 boundaries and a six with a strike-rate of 65.58.

His last century was back in November in the year 2012 when he scored 260 against Bangladesh at Khulna. Currently, he is batting with his partner, Kraig Brathwaite who is batting on 98 while West Indies are 231 for the loss of two wickets. Earlier, West Indies won the toss and invited South Africa to bat first as they declared on 417 for the loss of eight. 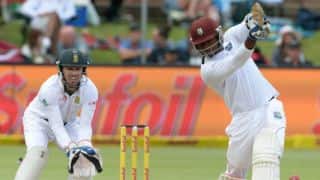 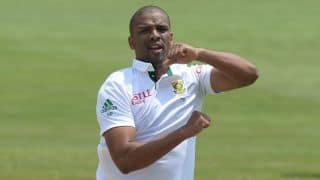