West Indies, in yet another poor start with the bat, lost 4 wickets before reaching the 50-run mark.

West Indies, in yet another poor start with the bat, lost four wickets before reaching the fifty-run mark. The South African bowlers have troubled the batsmen all the way, giving them few opportunities to cut loose. Morne Morkel got Dwayne Smith’s wicket on a two ball duck. Chris Gayle fell to JP Duminy for 10.

In an athletic effort in the outfield, captain AB de Villiers got Leon Johnson run-out even and Farhaan Behardien took the wicket of Denesh Ramdin shortly after. West Indies’ woes seem relentless. 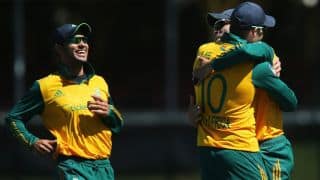 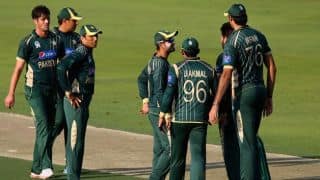