South Africa have smoothly made their way to a team fifty with the loss of just one wicket so far.

South Africa have smoothly made their way to a team fifty with the loss of only Rilee Rossouw‘s wicket so far. With the ever-dependent pair of Hashim Amla and Faf du Plessis at the crease now, it is likely that South Africa may get to their paltry target without further loss of wicket. South Africa now require less than 75 runs to win.

Earlier West Indies, in an appalling fashion got skittled for 122 runs. With plenty of rash shots in their innings, it can’t be said that all the credit goes to the bowlers. The bowlers were pretty good, but had it not been for so many immature shots, West Indies could have reached 200. 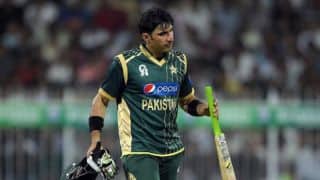 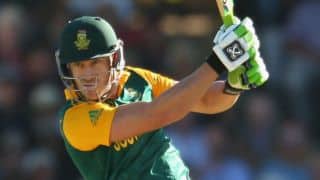