South Africa take on West Indies on the fifth day of the in the second of the three-match Test series at St. George’s Park in Port Elizabeth on Tuesday. West are down to the final pair of Jerome Taylor and Shannon Gabriel as the score reads 275 for the loss of nine.

West Indies finished Day 4 on 275 for the loss of nine against South Africa piling on twin blistering centuries from Marlon Samuels and opener, Kraig Brathwaite. They remained the highest scorer for West Indies with a score of 101 and 106 respectively.

Brathwaite along with Samuels, who scored 101 put up record partnership of 179 runs for the third wicket on a rain hit day. Both the batsmen praised each others performance and claimed that it was a good sign for West Indies cricket and for the upcoming future, reports IANS. 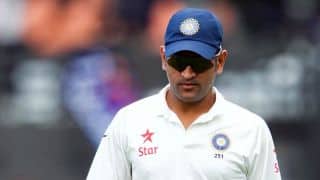