Allan Donald also backed under fire opener Shikhar Dhawan who managed 16 in both innings and wants India to continue with the left-hander.

India have selection headaches ahead of the second Test against South Africa at Centurion. The Cape Town heartbreak has raised questions on the XI that India fielded. Ajinkya Rahane, one of India’s most successful overseas batsmen in recent time, was benched. South African legend Allan Donald backed the Indian vice-captain and called the decision to keep him out “harsh”.

Donald also backed the underfire opener Shikhar Dhawan who managed 16 in both innings and wants India to continue with the left-hander.

“I consider Shikhar Dhawan to be a really aggressive player. If they make that change, South Africa will believe right, that s good for us . Dhawan is a world-class player. He is a hard man to bowl to because he makes you change the length because he is so attacking. I really think it s harsh to keep Rahane out. Last time he was here he had a great tour. I think for me, Rahane is the man who can steady the ship. He is a rock-solid guy and a good head on his shoulders. From my point of view, if there is a change in the top, South Africa will think okay, good we have KL Rahul instead of Shikhar Dhawan who is of aggressive nature. I would definitely continue with Shikhar,” Donald told Hindustan Times.

Donald does not want India to make too many changes, and he also heaped praises on Rohit Sharma despite the latter’s failure in the first Test. However, he believes if India continue to bench Rahane, South Africa will be a pleased unit.

“Rohit Sharma is coming to South Africa in serious form. He played a real sloppy shot to get out. He is gifted technically. South Africa are just going to keep peppering him. I think the follow-up deliveries bowled to him have been spot on. Technically, South Africa have really exposed Rohit but again he is a world-class player. In my opinion, it would be foolish now to make changes. That s the selectors decision again. But again, South Africans see Rahane sitting on the bench and carrying drinks and they would say wow . They would rather have that, you know. He s an absolutely world-class player,” Donald added.

The Centurion Test starts this Saturday. 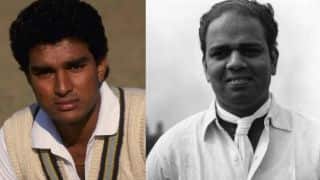 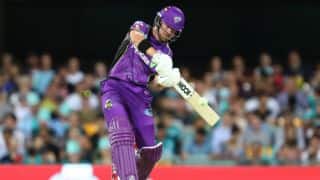