South Africa begin life after Graeme Smith as they take on Sri Lanka in a two-match Test series.

As South Africa prepare for their two-match Test series in Sri Lanka, former India captain Sunil Gavaskar feels that replacing Graeme Smith as the Test captain will be tough for Hashim Amla.  Smith led South Africa since 2003 and as a captain his achievements are quite significant.

Gavaskar expressed his views about the captaincy skills of Smith in a column in the Times of India and said that the left-handed opening batsman used to lead from the front. As a South African captain, it is Smith, who made a team which can beat any opposition in any condition.

Smith was only 22-years old when he was first given the responsibility of leading the team. After replacing Shaun Pollock in 2003, Smith became the youngest captain of his country. Recently Hashim Amla took charge as a Test captain whereas in the limited over’s format AB de Villiers is leading the 50 over’s team and Faf du Plessis is captaining the T20 team. 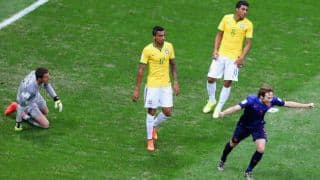