Dale Steyn and co. may prove to be a handful for the visiting Australian team.

After Australia shrugged aside a sequence of losing seven out of ten Test matches by beating England 5-0 in the 2013-14 Ashes series Down Under, their upcoming series against South Africa in the Rainbow Nation may expose their fragile batting line up against the face of some fierce Proteas pace bowling, led by Dale Steyn.

But according to IOL, Australian skipper Michael Clarke was quoted as saying,” If you look at international cricket over the last couple of years, a lot of teams are having success at home, but not having as much success away from home as they would like. We played in India (and) that was a very tough series and then lost to England.”

“But over the last 12-15 months, the team’s had a change in attitude; we’ve worked exceptionally hard on our games individually and as a team and we got a little reward for that through the our summer,” added Clarke who denies that his Australian team are facing a crisis.

Though England were thrashed in the Ashes recently, still their bowlers have managed to find a weak link in the Australian batting, which was evident by some frequent collapse by the Aussies, only to be rescued by players like Brad Haddin.

The most evident sign was during the fourth Test match in Melbourne where the English bowling shot Australia out for 204, despite it being a different story altogether that Clarke’s men rallied late on to win the game.

Haddin, who scored 493 runs against England was their saviour on most occasions as he had five 50s and a century to his credit which ensured that Australia did not lose a single game despite some fragility in their batting order.

But playing against South Africa will be a different game altogether for the Aussies as the Proteas led by Steyn may not allow them to recover after a batting collapse like England did, which may tilt the series in favour of Graeme Smith’s men, with clear evidence being that of their win against the Indians in the just concluded home series.

The Australians unlike India play with a more attacking approach and may even be expected to go after the South African bowling if they do not get enough room to play, which may give the home pacers an opportunity to find the chinks in Clarke’s side.

The only change Australia have made in their batting line up is the axing of George Bailey and the inclusion of Alex Doolan, though it remains to be seen as to which position the newbie plays in.

The most probable chance is that of Doolan, who has not played a Test match yet, playing at No 3 whereas all-rounder Shane Watson may play in the No 6 spot.

“I know he wants to bat there, he loves that extra responsibility,” said Clarke of Watson.

Australia who play South Africa in the first Test match starting off at Centurion on February 12, will play a warm-up game against an Invitational XI side in Potchefstroom on Wednesday, which may just about give the answers to many of the above mentioned questions. 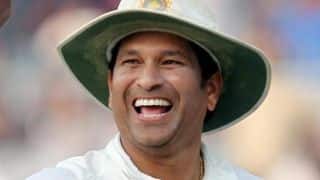