The incident happened during SA's 2nd innings, when Elgar hit a stump with his bat.

South Africa’s opening batsman Dean Elgar had been reprimanded after pleading guilty to a Level one breach of the International Cricket Council (ICC) Code of Conduct during the fourth day’s play in the one-off Test against Zimbabwe in Harare on Tuesday.  Elgar was found to have breached Article 2.1.2 of the ICC Code of Conduct for Players and Player Support Personnel, which relates to “Abuse of cricket equipment or clothing, ground equipment or fixtures and fittings during an International Match.”

The charge related to an incident in the 10th over of South Africa’s second innings, when Elgar, after being bowled, hit a stump with his bat. The charge was brought by on-field umpires Aleem Dar and Chris Gaffaney, third umpire Jeremiah Matibiri and fourth umpire Owen Chirombe.

The batsman admitted the offense and accepted the sanction proposed by Roshan Mahanama of the of ICC Match Referees pannel. As such, there was no need for a formal hearing. All Level 0ne breaches carry a minimum penalty of an official reprimand and a maximum penalty of 50 per cent of a player’s match fee. 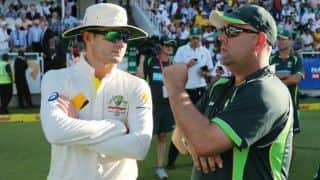 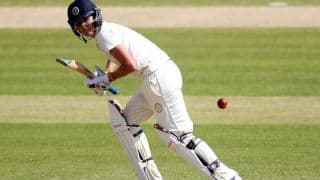