South Africa's regular captain was suspended for an ODI following the semi-final of the World Cup.

Johannesburg: South African skipper AB de Villiers has been released from the squad for the ODI series against Bangladesh so that he can serve a one-match suspension, handed to him for for maintaining a slow over-rate during the their World Cup semi-final against New Zealand.

It was de Villiers’ second minor over-rate offence in the same format within 12 months following the offence against Australia in Perth in November 2014. Explaining the decision, Proteas coach, Russell Domingo, said,”AB’s presence and contributions will be missed but we have a hectic playing schedule this season and we felt this would be a great opportunity to develop the next tier of batters during this series, like we are doing with our bowlers. READ: AB de Villiers’ autobiography to be released in November 2015

“We would also like to give him the peace of mind of being close to his wife with the imminent birth of his first born child,” Domingo added. Vice-captain Hashim Amla, will assume the captaincy responsibilities for the series.

Domingo also announced on behalf of the selectors that Proteas leg-spinner, Eddie Leie, will remain in Bangladesh for the ODI series. “We’d like to keep Eddie on for the ODI series as an opportunity for him to get exposed to the environment and to integrate him into the squad.

“It will be good for him to spend time with the coaches and to get a taste of what international cricket is about. He hasn’t officially been added to the squad but will take valuable learning from being around this group of players,” Domingo said. 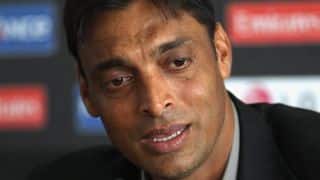 Shoaib Akhtar settles rift with PCB after they return Rs. 7 million to him 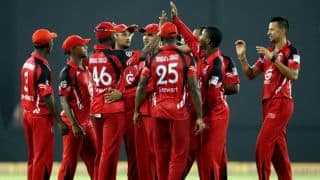