Graham Gooch, the England batting coach on Thursday said that his side s ability to handle Pakistan spinners will be the decisive factor in the upcoming Test series starting January 17. 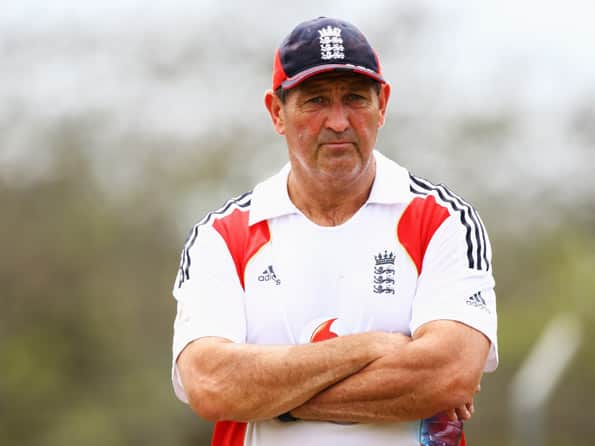 Graham Gooch, the England batting coach on Thursday said that his side s ability to handle Pakistan spinners will be the decisive factor in the upcoming Test series starting January 17.

England batsmen struggled against rookie Pakistan Cricket Board XI’s leg-spinner Yasir Shah on Wednesday, as he took five-wicket haul as England reached 269 for nine on the opening day of their tour game.

“We continue to seek to improve against all types of bowling but spin is going to play a big part here. We have got to get our heads around how we are going to cope with that and each player has got to work out his own game (plan),” Gooch was quoted as saying by Reuters.

“I am not unduly concerned that it is going to be difficult for us but if we are going to prevail then we have got to cope with that,” he added.

Opener Alastair Cook slammed a fine knock of 133, but every other England batsmen struggled to make a mark.

Gooch accepted that though England batsmen have struggled to score runs on the tour so far, he retained confidence in them.

“One or two of them will be disappointed not to spend more time in the middle but it is not the time to panic,” he said.

“We know this happens regularly and I do not think it is time to start changing the way you think. You have got to believe in yourself, hopefully get another knock and it will come good. Our unit has done pretty well in the past, they have all had success (and) so they have got to stay strong mentally and believe. You don’t become a bad player over a couple of innings,” Gooch added.