The BCCI is following "basic principles of good governance," Union sports minister Ajay Maken was all praise for Indian Cricket Board's policy of adhering to most of the guidelines set by the ministry. 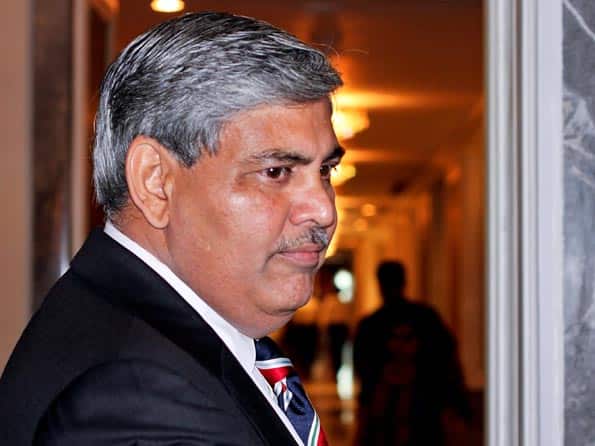 Shashank Manohar is president of the BCCI Getty Images

The BCCI is following “basic principles of good governance,” Union sports minister Ajay Maken was all praise for Indian Cricket Board’s policy of adhering to most of the guidelines set by the ministry.

“For record, almost all of these guidelines which we are asking have been implemented by BCCI. In fact, they are a shade better. We have asked for tenure norm of four years, whereas BCCI has for three years,” Maken said during his visit to the city.

“So they (BCCI) are a step ahead. Contrary to perception, BCCI will have no objection as we are not asking them to do something extra. BCCI is already following the basic principles of good governance.”

Maken, it may be recalled, had earlier asked BCCI to get itself registered as an NSF with the ministry.

Urging reforms for the national sport bodies, Maken said, “Unless we reform the functioning of the national sports federations, sport in our country is not going to go further… We can never think of coming into top 10 at the Olympics.”

Maken said more and more players should come forward as they know it better than the present administrators who have been holding on to their chairs for years.

Maken informed that a draft bill has been prepared and will be tabled during monsoon session of the parliament.

“We have prepared a draft bill which we will table it in the monsoon sessions. We will like to invest properly. At least 25 per cent of the executive body of any federation should consist of players so that they have a major role to play in running the show.”

“Why can’t the players who have brought laurels to the country be given the responsibility on their shoulders to manage them? They will do a much better job than people who are running the show.”

After the proposed bill is passed in the Monsoon session of Parliament, it will be a landmark for sport in India, said Maken.

“We have got the mandate to enact the legislation because these national sport federations represent India and send teams in the name of the country,” he said.

Asked about how to curb corruption in sporting bodies, the sports minister said that if the NSFs (National Sports Federations) are brought under Public Authority, then they automatically fall under RTI (Right To Information).

“They have to provide details in every four years tenure. It’s part of the principles of good governance from the IOC charter. We are just asking them to adhere to their guidelines.”

Maken also said the government was not ready to go ahead with the impasse between Hockey India and Indian Hockey Federation and hoped that it would be resolved soon especially after his recent move.

“I had met the office bearers (of HI and IHF). I have given them a 10 point formula which seemed to be a balanced one as nobody objected to it till now. Hockey India agreed to our proposals, IHF had asked for one week’s time in addition.”