Sreesanth said that he would play for another country if BCCI do not give him an opportunity to play.

Sreesanth told Republic that he would play for another country if BCCI do not give him an opportunity to play. Sreesanth had before expressed the same when Kerala High Court reinstated the ban. However, BCCI later clarified that the ICC is very clear that any player who is banned by any full member can neither play for any other full member nor for any other association. To add more fuel to the fire, Sreesanth has now expressed disappointment in Rahul Dravid and MS Dhoni for not supporting him.

Dravid, Dhoni did not back me

I was sad that Rahul (Dravid) stood by Rajasthan Royals, and didn t support me despite knowing me well. I messaged MS Dhoni, and sent him an emotional message. But he didn t respond, Sreesanth revealed.

Six or more of the top 10 Indian players were accused by the Delhi Police. If the other six names of the accused come out, it will really affect the game. Let s face it, this is not the national team. The BCCI is a private firm. If I m given an opportunity and I m allowed to play, then I would play for another country. 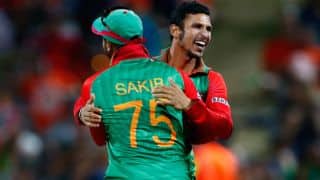 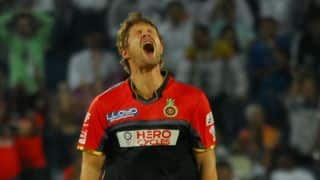