Sreesanth surprised at his omission from Test squad

Sreesanth surprised at his omission from Test squad

Fast bowler Shantakumaran Sreesanth is surprised at his omission from the upcoming Test series against West Indies after a decent performance in the Test series in England. 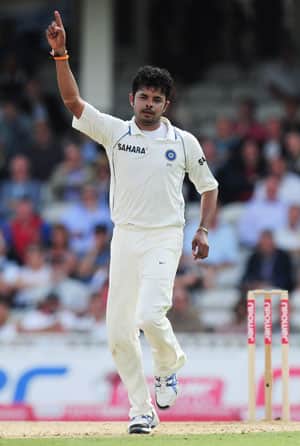 Fast bowler Shantakumaran Sreesanth is surprised at his omission from the upcoming Test series against West Indies after a decent performance in the Test series in England.

He said, “I don t know what happened. Yeah, it was surprising, but I totally respect their decision and I don t want to criticise or crib about why I was not picked.

“I knew it would be difficult and I was not even expecting an ODI berth against England. I was concentrating on Tests and had set my mind completely on that.”

Sreesanth added that getting dropped from the team often has not demotivated me; instead it has motivated him to make a strong comeback.

“That s what my mom had said. She said ‘you are a comeback man and an angry young man. Now, you won t relax and be on your toes .

“But I was never relaxed. It is an honour to play for your country and you can t take it for granted,” he was quoted in DNA.

Sreesanth added that he has taken selector s decision positively and looks forward to impress them in the upcoming Ranji season. “I stopped thinking about it for a couple of days. I won t complain or criticise, but I will prove it through my performances in Ranji Trophy. Back to where I started from,” he said.

“I am at the peak of my fitness. This is an important match for me. I will try to do justice for my team and get a winning start. But it is a nice feeling to play with your statemates and I am looking forward to it. In the end, you have to run in and bowl hard.”

Sreesanth is eyeing the Australia tour to make a comeback into the Indian team. He said, “There is an important tour to Australia ahead. I would want to perform hard to get back,” he said.

Sreesanth will now be getting ready for his state side Kerala s Ranji trophy opener against Vidarbha in Nagpur from November 3.

It's sad to see Hyderabad in the plate division: Dilip Vengsarkar