Sri Lanka Cricket named a strong 15-men squad for the tour of Pakistan, scheduled to be held in the United Arab Emirates, their off-shore venue. 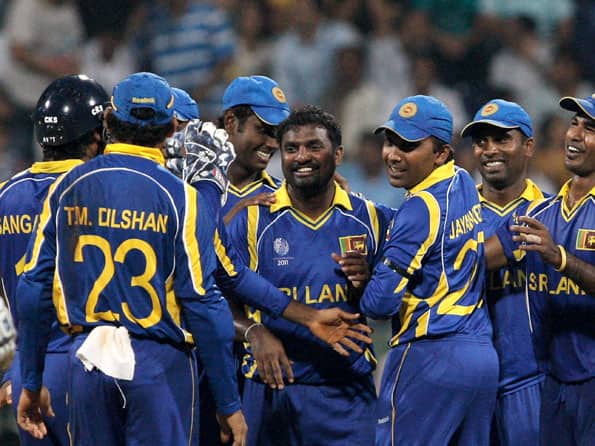 Sri Lanka Cricket named a strong 15-men squad for the tour of Pakistan, scheduled to be held in the United Arab Emirates, their off-shore venue.

The three Test matches will be played in Abu Dhabi, Dubai and Sharjah.

Kaushal Silva, the wicket-keeper batsman, is the only uncapped player in the squad, while there was no place for Ajantha Mendis, who is nursing an injury.

This will be Pakistan’s first home series against the islanders after the March 2009 Lahore terrorist attack on the Lankan team bus.

Tillakaratne Dilshan, who reportedly saved the Sri Lankan team from a major tragedy by urging the bus driver to accelarate in the face of the attack, will be leading the team in his second overseas stint as captain.

The glaring omission is middle-order batsman Thilan Samaraweera, who was one of the six cricketers injured in the attack.

Samaraweera was axed for the final Test against Australia this week as the selectors opted to groom opening batsman, Lahiru Thirimanna, allowing Dilshan to bat down the order.

Rangana Herath, the left-arm spinner and off-spinner Suraj Randiv, are the two slow bowlers in the side along with Nuwan Pradeep, the right-arm medium pacer who returns to form a five-men pace attack.

Pradeep, a find from a TV cricket talent contest, came back due to injury half way through the England tour in May.(PTI)