Sri Lanka will return to Pakistan after a near two-year-long absence.

Sri Lanka will return to Pakistan after a near two-year-long absence for three short-form cricket games later this year, the sports minister said Thursday.

“We are not in a position to send the team to Pakistan to play the two Tests, but we will be in Pakistan for about eight days to play the ODIs or the T20 matches,” Harin Fernando told reporters in Colombo.

No dates were announced, but the minister said the games would be scheduled for later this year. Citing safety fears, Fernando said two Tests could instead be played in the United Arab Emirates (UAE), where Pakistan has held many of its home series.

International teams have stayed away from Pakistan over security concerns. In October 2017, Sri Lanka played a T20 match in Lahore for the first time since a terror attack near the same venue in March 2009. That attack left eight people dead and seven Sri Lanka players and staff injured. 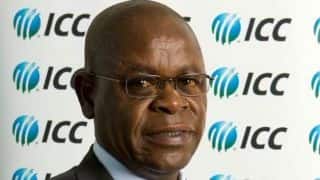