Sri Lanka has been fined for maintaining a slow over-rate during its 20-run defeat against India in the fifth and final ODI in Pallekele. 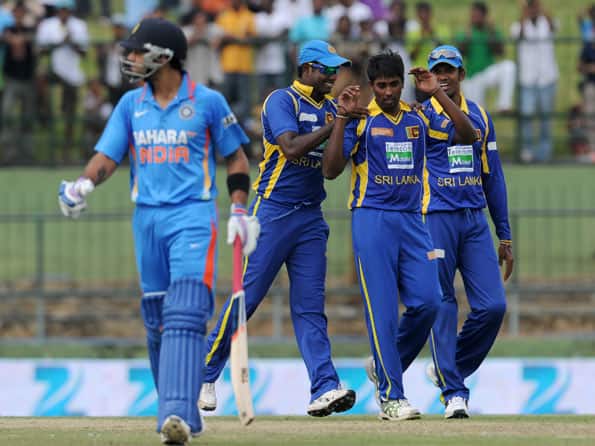 Sri Lanka lost the match by 20 runs against India AFP

Sri Lanka has been fined for maintaining a slow over-rate during its 20-run defeat against India in the fifth and final ODI in Pallekele.

Chris Broad of the Elite Panel of International Cricket Council (ICC) Match Referees imposed the fines after Angelo Mathews` side was ruled to be one over short of its target on Saturday when time allowances were taken into consideration.

In accordance with the ICC Code of Conduct, regulations governing minor over-rate offences, players are fined 10 per cent of their match fees for every over their side fails to bowl in the allotted time, with the captain fined double that amount.

As such, Mathews was fined 20 per cent of his match fee while his players received 10 per cent fines.

If Mathews is found guilty of one more minor over-rate offence in ODIs over the next 12 months, he will receive a one-match suspension as per the provisions of the ICC Code of Conduct.

The offence is contrary to Article 2.5.1 of the code which relates to minor over-rate offences. (PTI)

Sri Lanka made too many mistakes against strong Indian line-up: Angelo Mathews