Sri Lanka vice-captain Angelo Matthews said his side is determined to shrug off the issues, plaguing his side as they concentrate on exploiting the poor form of the Indians when they open their tri-series campaign on Wednesday. 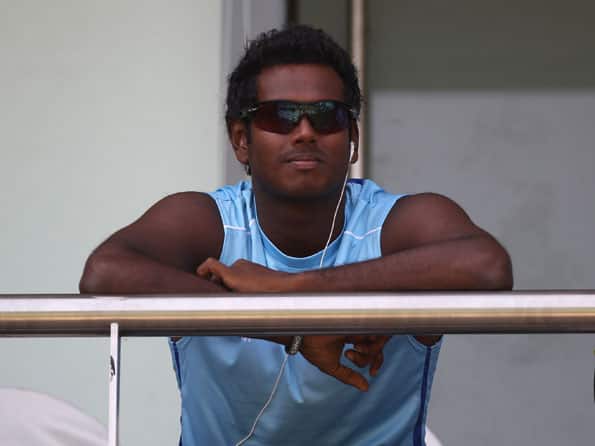 Sri Lanka vice-captain Angelo Matthews said his side is determined to shrug off the issues, plaguing his side as they concentrate on exploiting the poor form of the Indians when they open their tri-series campaign on Wednesday.

Tillakaratne Dilshan was sacked as captain and Geoff Marsh lost his job as coach after the series in South Africa last month. Mahela Jayawardene once again took over the captaincy and South African Graham Ford was appointed coach.

On the financial part, the cricketers still have been unpaid for nearly 10 months.

“There have been a few hiccups. It’s a bit of an unfortunate situation. We were not consulted (by the Sri Lankan board) on the coach and the captain. But we are here to play cricket. Our job is to concentrate on our cricket and that’s all we can do,” said Matthews.

The young all-rounder has followed India’s performance in the Test series against Australia and believes their poor form is a plus for them. India were whitewashed 4-0 in the series.

“They haven’t played well in Tests and that’s a plus point for us which we can take into the game. But it’s a different team when it comes to ODIs. They are current world champions. They could come really hard at us.”

Dilshan, 35, took over captaincy from Kumar Sangakkara after the 2011 World Cup finals last April. He could win only one Test out of the 11 he captained though it was an important win, their first ever over South Africa in Durban.

Ford, incidentally, is the fourth coach appointed by Sri Lanka since the World Cup final in April 2011. After the World Cup, Trevor Bayliss was sacked and his assistant Stuart Law took over.

But more grim is the situation regarding wages. Sri Lankan cricketers haven?t been paid since last April. The Sri Lankan Cricketers Association (SLCA) have given a deadline till February 29 for clearing the outstanding salaries.

The outstanding amount had ballooned to USD five million by December last when International Cricket Council (ICC) intervened and made a direct payment of USD 2 million to cricketers.

The players are still owed a further USD 2.3 million from the World Cup, plus money from outstanding payments for matches against England, Australia, Pakistan and South Africa in the past eight months.

“Eventually we would get paid. Cricket board is trying to sort it out. Hopefully, they would come up with a good answer in near future?We are playing for the love of the game,” said Matthews.

Matthews said Dilshan has reacted very well to the situation and Mahela has been considerate in accepting the captaincy as a stop-gap arrangement.

“Dilshan is a great character. With all the pressure and the situation, he’s ready and set to go and perform tomorrow.

Sangakkara recently has been quoted as saying that Matthews deserves captaincy. The young all-rounder, who has taken 35 wickets and scored 1241 runs from 63 games, isn’t quite convinced he’s ready for it

“There’s been all sorts of saying regarding captaincy. I wasn’t looking to captain the country. I have so many years ahead of my career. Vice-captaincy is given to me to groom and I take it as a challenge. I try and cope with it, whatever the situation and try and give my best for the country.”

“We have been playing in South Africa recently. It’s likewise pacey and bouncy here. We played well in the later stage of ODI series in South Africa and but for Duckworth-Lewis (rule), could have turned things around.”

The youngster was candid enough to say that it will be a learning curve to play against Sachin Tendulkar tomorrow.

“His stats say it all. He is one of the best ever produced in cricket’s history. Playing against him, it’s a great opportunity for us to learn. He’s a very seasoned campaigner. We have a lot to learn from him.”

“We have got a few brilliant youngsters We need to focus on our own game, feel free and play our natural game. That?s when we come out best.”

India and Sri Lanka have played against each other all too often but ironically, haven’t crossed swords once after the World Cup finals.

“Unfortunately, I personally couldn’t play the final as I was injured. It was a great loss for me as well as for the team. Losing World Cup finals hurt but past is past. We need to look into this series. It?s not the subcontinent so we need to adapt quickly.

“We’ve been playing them for quite a while. It s great to be playing against the Indian team. It s a world class team and keeps you on your toes.”(PTI)