Sri Lanka host Pakistan in what will be Mahela Jayawardene's last Test series in his chequered career.

Hosts Sri Lanka hope to give retiring former captain Mahela Jayawardene a winning farewell when they take on Pakistan for a sixth Test series in as many years from on Wednesday. The elegant right-hander, sixth in the all-time scorers’ list with 11,671 runs in 147 Tests since his debut in 1997, is due to quit the longer format after the series.

Jayawardene, 37, who retired from Twenty20 internationals (T20I) after Sri Lanka’s title-winning campaign in the World T20 in April, still hopes to compete in next year’s one-day World Cup Down Under. But he will be remembered most for his exploits in Test cricket, where he averages a commendable 50.09 — with a monumental 374 against South Africa in 2006, the best of his 34 centuries.

Jayawardene’s 2,297 runs in 22 Tests in Galle and 2,863 runs in 26 matches at the SSC — which replaced the originally chosen P. Sara Oval for his final appearance — are the most by any batsman at a single ground. Sri Lanka’s captain Angelo Mathews, while admitting Jayawardene’s retirement will “leave a big hole to fill”, hoped the occasion will not distract his team from the goals ahead.

“We need to win the series both for him as well as the future of Sri Lankan cricket,” Mathews said. “The task ahead is clear in our minds.”

Sri Lanka’s winning streak this year, when they won the Asia Cup one-day tournament, the World Twenty20 and the Test series in England, was broken by the 1-0 Test loss to South Africa at home last month. The Proteas, led for the first time by Hashim Amla, won the Galle Test by 153 runs and then hung on bravely for a draw at the SSC to overtake Australia as the number one Test side.

Sixth-ranked Sri Lanka have defeated number three Pakistan in two of their last five series since 2009, losing just once. Two series were drawn including the most recent one in January in the United Arab Emirates. The upcoming matches, which are not part of the Future Tours Programme, were finalised at Pakistan’s request since Misbah-ul Haq’s men faced a barren period from January to October.

Pakistan, looking for their first series win since defeating England in the UAE in 2012, have recalled fast bowling great Waqar Younis as head coach, with Zimbabwean Grant Flower as batting coach. Spin is expected to dominate, with Pakistan boasting the prolific Saeed Ajmal and Abdur Rehman, and the hosts banking on the trusted duo of Rangana Herath and Dilruwan Perera.

“Spin usually has a big say in Sri Lanka and I don’t think it will be any different this time,” said Misbah. “We have the resources to win, but need to be at our best.” The Test series, which ends on August 18, will be followed by three one-day internationals. 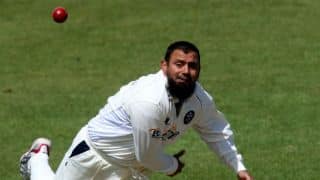 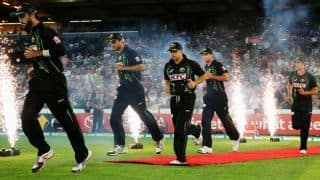