Since Sri Lanka are ranked fifth in ODIs, the players are entitled for a two per cent increase.

Sri Lanka Cricket (SLC) which had a bitter dispute with its players over payments last year, has announced a seven per cent hike for them across all categories in its latest list of contracts issued.

The National Selection Committee announced the names of 17 contracted players for the year 2014-15. They belong to four categories.

In addition, three players — Prasanna Jayawardena, the Tillakaratne Dilshan and Lasith Malinga — have been placed on a special category.

Chandimal, the Twenty20 International (T20I) captain, has won a promotion from category 2. In the category Two are Lahiru Thirimanne and Ajantha Mendis.

Kusal Janith Perera, the opening batsman who scored his maiden One-Day International (ODI) century last week in?Bangladesh has been promoted to category 3 joining Thisara Perera the only other player to be listed under Three.

In category Four are Shaminda Eranga, Sachithra Senenayake, Kaushal Silva and Suranga Lakmal. Silva, the opening batsman who had a memorable series against Bangladesh, has won a promotion from the provincial category.

Further explaining the increases, the SLC said players were entitled to the raise based on Sri Lanka’s ICC rankings.

The players will not be entitled for an increment for the Test category as Sri Lanka is ranked below the fifth position.

Further, there will be incentives for individual performances which will be presented as a one off bonus payment to the top players. 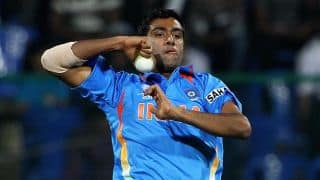