SLC did not meet player's demand to share revenue it gets from events such as the World Cup.

Sri Lankan players have refused to sign the new payment contracts as their demands of a share from the income derived through International Cricket Council (ICC) events haven’t been met by the SLC (Sri Lankan Cricket).

The players are demanding 20 per cent share of the ICC image rights income.

“The national players have refused to sign the contracts forwarded to them in Bangladesh,” reported ‘Daily Mirror‘ quoting SLC sources.

“They had ignored the governing body’s e-mails.”

The Sri Lankan board had recently announced a seven per cent hike for players across all categories in its latest list of contracts issued last week. But the SLC did not meet the player’s demand to share the revenue it gets from the ICC events such as the World Cup.

Ahead of Sri Lanka’s tour to Bangladesh in December in 2013, Chairman of Selectors Sanath Jayasuriya and a government minister had to persuade players to go on with the visit despite the unsettled contract row.

The SLC claimed the players’ demand was unfair as 58 per cent of the SLC’s income is spent on players’ salary. The cricketers have been given a seven per cent hike this year and the top category players are likely to end up earning Rs 55 million each, it said. 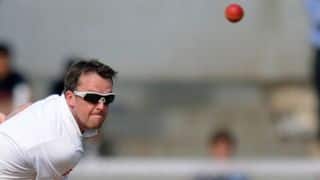