Lankan Prime Minister Ranil Wickremesinghe has said there cannot be any crisis between the two countries as long as cricket is played between them.

Davos: With cricket being seen as a religion in India and Sri Lanka, Lankan Prime Minister Ranil Wickremesinghe has said there cannot be any crisis between the two countries as long as cricket is played between them. Speaking at a WEF session on harnessing regional cooperation in South Asia, he said Sri Lanka prefers to deal bilaterally with its larger trading partners outside South Asia as well as those within the region. Nevertheless, he said, intra-regional relations of various kinds continue to thrive between his country and other South Asian countries. “There is a crisis only when you stop playing cricket with each other,” he said on a lighter note. He was speaking at the panel that also included Commerce Minister from India Nirmala Sitharaman and Bangladesh Prime Minister Sheikh Hasina.

Earlier, Sri Lanka captain Angelo Mathews said after his team crashed to an innings defeat inside three days that their 3-0 series whitewash by South Africa was the worst loss of his captaincy career. Sri Lanka lost 16 wickets in a day as South Africa s fast bowlers sealed victory by an innings and 118 runs on the third day of the third and final Test at the Wanderers Stadium on Saturday.

The tourists were bowled out for 131 and 177 as South Africa s four fast bowlers provided a relentless challenge on a pace-friendly pitch. I have been part of many defeats, but as a captain it is certainly the worst defeat, said Mathews. Mathews said that he could not blame poor preparation for their failure to cope with fast, grassy pitches, reported AFP. 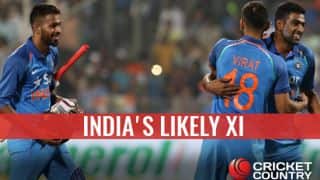