Sri Lanka is in the midst of a political crisis with a man being killed by the bodyguard of ICC World Cup winning captain Arjuna Ranatunga. The turmoil began after President Maithripala Sirisena sacked the country’s prime minister and replaced him Mahinda Rajapakse.

Ranatunga was arrested after his bodyguard opened fire at a crowd that left one dead and two others injured. He was subsequently released on bail.

England cricket team are in the final leg of their Sri Lanka tour and are facing a Sri Lanka Board Presidents XI side in a two-day practice match starting from October 30.

“We are exercising vigilance and avoiding all demonstrations or large political gatherings. We are aware of a political demonstration today, but for us it is all about preparations for the first Test,” England spokesman Danny Reuben was quoted as saying by AFP.

Reuben confirmed that the warm-up fixtures will go ahead as per schedule.

Sri Lanka will host England for a three-Test series beginning November 6 in Galle. 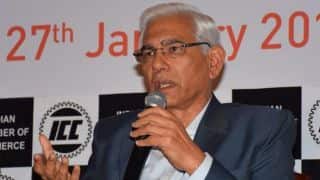 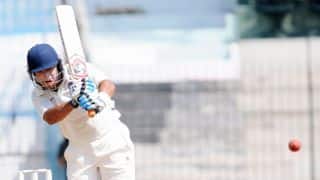