Sri Lanka bowled superbly to reduce Pakistan to 38 for three at Tea on Day 3 of first Test at Galle.

Pakistan go into Tea at Day 3 at Galle against Sri Lanka in a dicey position. They are in serious danger and are still someway away from avoiding the follow-on mark which is 150. They are 38 for three at end of 13 overs and will have to bat really well to save this game.

Mohammad Hafeez was the first one to depart when he edged Dhammika Prasad to Dimuth Karunaratne at second slip for a simple catch to depart on 2. Prasad then returned to trap Ahmed Shehzad in front of the stumps and reduced Pakistan to 11 for two in three overs. LIVE CRICKET BLOG: Sri Lanka vs Pakistan, 1st Test, Galle, Day 3

Azhar Ali and Younis Khan then added 24 runs for the third wicket before Rangana Herath made first impact in the series by trapping Ali in front of the stumps. Misbah-ul-Haq has come out and once again as to bat out of his skins with Younis for company.

Sri Lanka were eventually bowled out for a score of 300. Kaushal Silva was the main batsman for them scoring 125. He got very little support from the other end as wicket kept falling at regular intervals. Wahab Riaz was the pick of the bowler taking up 3 for 74. Shah and Babar too played their part in maintaining the pressure on the hosts. Shah might not have taken that many wickets but he bowled better and deserve more wickets. Read: Pakistan hope Zulfiqar Babar, Yasir Shah combine to ‘Rangana Herath’ Sri Lanka

Sri Lanka had managed to score 178 for three at the end of Day 2 thanks to the brilliant 112 run stand between Silva and Kumar Sangakkara. Sangakkara missed out on a good score after getting out just after scoring his 52nd Test half-century. Pakistan could have easily had many more wicket at they taken their chances. Almost all the batsmen had a life given to them by the visitors.  Read: Sri Lanka vs Pakistan 2015, 1st Test at Galle: Pakistan fielders let bowlers down

Earlier on Day 2, Pakistan won the toss and elected to field first. Misbah-ul-Haq said that it was a situational call and they wanted to make first use of the conditions on offer with so much rain. Angelo Mathews wanted to bat first anyway and was not upset about losing the toss. Rain had washed out the entire first day’s play. LIVE CRICKET SCORECARD: Sri Lanka vs Pakistan, 1st Test, Galle, Day 3 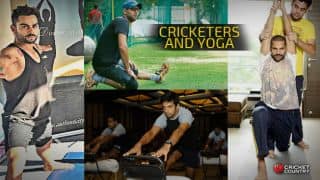 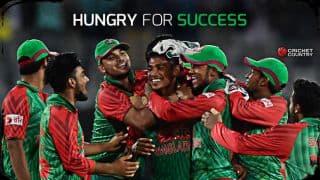