Sri Lanka opener Dimuth Karunaratne is doubtful for the upcoming Test series against West Indies after fracturing a finger during a practice session recently.Reflecting on the same, Sri Lanka Cricket (SLC) said that the Test opener sustained the injury whilst batting in the nets on Tuesday in preparation for the Super Provincial Limited Over Tournament.

Now, a scan has confirmed a fracture in the index finger of his left hand, which is expected to keep Karunaratne sideline for at least a few weeks. Karunaratne said that though he would probably remain out for the tour against the Caribbean side, he would consult another surgeon before coming into any conclusion.

“It’s a clean crack in the finger, and for now I have been told that I will probably be out for the West Indies tour.But I have to see another surgeon before we know exactly what is happening,” ESPNcricinfo quote Karunaratne, as saying.

Karunaratne’s injury comes as a major blow to Sri Lanka, who have already been hit by injury of bowlers Nuwan Pradeep, Dushmantha Chameera and Shehan Madushanka. 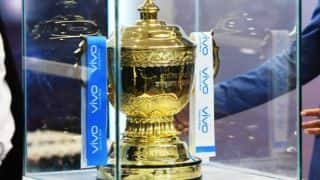 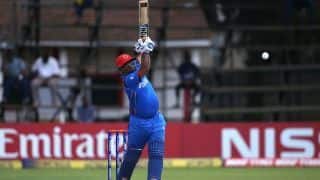