Having lost the first ODI, hosts Sri Lanka have a big task ahead of them as they go in for the second ODI. On the other hand, visitors will look to win the second ODI to get into a dominating position in the 5 match series

Australia ended their bad patch and clinched their first victory in the first ODI since they landed in Sri Lanka. The first ODI of the 5 match series which was played at the R. Premadasa Stadium in Colombo, Australia won it by 3 wickets. You can watch the live telecast of the match on Ten Sports and the live streaming of the match will be available on Ozee and Ditto Tv app. Sri Lanka will likeget back to their winning way after loosing the opener. On the other side, Australia will be happy to have registered their first win against Sri Lanka after they were given a white wash in Test series. It was not only that they lost a Test series in the Lankan’s for the first time in 17 years, but they also lost their No.1 Test ranking in the process.  FULL CRICKET SCORECARD: Sri Lanka vs Australia 2016, 2nd ODI at Colombo

Steven Smith’s resilient half-century helped Australia edge past Sri Lanka by 3 wickets in the first 50-over contest. But having squandered a comfortable position and eventually gotten over the line for a three-wicket win in the first game on Sunday, Australia will look for a more convincing all-round display in the second match, also at the R Premadasa Stadium in Colombo. READ: Sri Lanka vs Australia, 2nd ODI: Likely XI for Angelo Mathews & Co

Sri Lanka had a fairly modest outing, only mustering 227 for 8 on being put in by Steven Smith and then allowing Australia to reach 190 for 3 towards the end of the 38th over through some sloppy fielding and ordinary bowling from its spinners. But once Smith was dismissed by Dilruwan Perera, Sri Lanka put the pressure on, picking up four wickets for 32 runs to create some artificial excitement before Mitchell Starc and James Faulkner sealed the win for the visitor.

Sri Lanka has lot to worry about as they relied to much on spin attack as they went in with 6 spinners for the first match. This strategy did not work for them as Australia looked far more comfortable against the Lankan bowling attack. 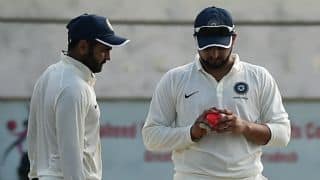 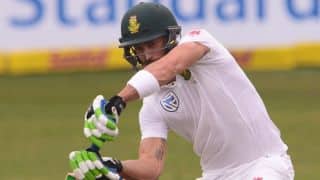