The touring Bangladesh side will hope for a turnaround of fortunes in the longest format when they take on Sri Lanka in the second and final Test.

The touring Bangladesh side will hope for a turnaround of fortunes in the longest format when they take on Sri Lanka in the second and final Test of the series starting Wednesday, March 15 at the P Sara Oval, Colombo. They had gone down to the hosts in the first Test of the series after a Day Five collapse saw them succumb to a 259-run defeat at Galle. Prior to the series, Bangladesh had also lost the one-off Test in India and two-match Test series in New Zealand. This game, thus, gives them a golden chance to improve their overseas record, and overall record in Tests in general. Full Cricket Scorecard: Bangladesh vs Sri Lanka, 2nd Test at Colombo

The second Test holds historical significance for Bangladesh, as it will be their 100th Test appearance since making the debut in 2000. Though the Tigers, as they are fondly called by their fans, have improved by leaps and bounds in limited-overs cricket, the journey in Test cricket in last 17 years has been disappointing for Bangladesh. No team has lost more games than Bangladesh in their first 99 Tests.

Bangladesh s abysmal record in Tests reads: 8 wins, 76 defeats and 15 draws. Though they have won 1 more Test than New Zealand, who had 7 wins in their first 99 Tests, their losses outnumber any other side s by far: New Zealand had drawn 47 out of their first 100 Tests, losing 46.

Out of Bangladesh s 8 wins, 5 have come at home from their 46 Tests including 4 against Zimbabwe. They have managed to win only 3 of their 46 games overseas 2 against a depleted West Indies and the other one, once again against Zimbabwe. Rangana Herath sets eye on 400-wicket mark

Bangladesh have dropped Mahmudullah, an important and senior member of the squad, from the squad for the second Test. Mahmudullah made 8 and 0 in Bangladesh s loss in the first Test Galle and bowled just two overs of off-spin. In his absence, either Sabbir Rahman or Mosaddek Hossain may get a look-in. If Mosaddek gets a game, it will mark his Test debut. However, Sabbir is likely to get the nod.

Sri Lanka, on the other hand, are likely to field the winning XI from Galle, unless there is a last-minute injury.

It is a big thing for Bangladesh cricket and it is a big thing for me too, that I am in the squad for the 100th Test. I will try to give my 100 per cent; I think every team member will do the same to make it a memorable occasion. Every Test is important, but the 100th Test has some prestige associated with it. Everyone will want to make it memorable and perform well so that their name is associated with this landmark, Bangladesh s wicket-keeper batsman Liton Das quoted as saying by The Daily Star.

The best way to celebrate the occasion (100th Test) will be winning this game. Bangladesh need this win more than anything else. We are now a strong side in limited-overs matches. But in Test cricket we must translate our potential into match-winning feats. Former Bangladesh captain Habibul Bashar quoted as saying by Hindustan Times.

The conditions in Colombo are expected to be hot and humid throughout the five days. Though there is forecast for rain and overcast conditions on Day One, the remaining four days are going to be bright and sunny. The wicket at P Sara Oval will crack as the game progresses and there will be turn on Days Four and Five. The team winning the toss would like to bat first. 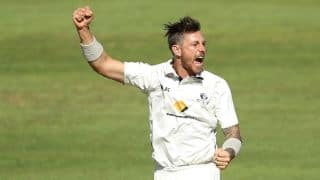