Angelo Mathews struck an unbeaten 87 to keep alive Sri Lanka's hopes of chasing down a target of 301 despite a persistent England spin attack in the second Test on Saturday.

Angelo Mathews struck an unbeaten 87 to keep alive Sri Lanka‘s hopes of chasing down a target of 301 despite a persistent England spin attack in the second Test on Saturday.

The hosts were 219 for five at tea on the fourth day in Kandy. They still need another 82 runs to win the game and level the three-match series which they trail 0-1.

Mathews kept the spinners at bay during his 135-ball stay, building crucial partnerships including a 73-run fifth wicket stand with Roshen Silva (37).

Moeen Ali broke Silva’s resistance after getting the batsman caught behind with a faint edge. The umpire had given Silva not out before England successfully reviewed the decision in their favour.

At the break, wicketkeeper-batsman Niroshan Dickwella (23) was batting alongside Mathews, who hit his third fifty of the series.

Jack Leach had rattled the Sri Lankan top-order with three early wickets, reducing the hosts to 26-3 after England were bowled out for 346 in the morning session.

Left-handed opener Dimuth Karunaratne then put on 77 runs with Mathews before falling to Adil Rashid early in the second session. He made 57.

England, who had resumed the day on 324-9, stretched their second innings lead to 300 with overnight batsman Ben Foakes hitting an unbeaten 65.

Foakes, who hit a ton on debut in Galle, added 14 to his overnight 51 and shared 41 runs for the last wicket with Anderson (12). 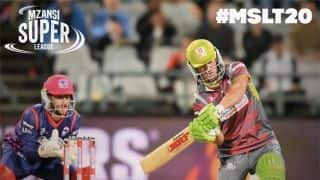 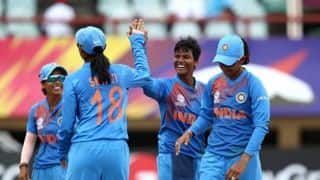 India vs Australia, ICC Women’s World T20, Live Streaming: When and where to watch and follow live