Moeen has looked England's best batsman by some margin.

Moeen has looked England’s best batsman by some margin, and his presence at the top has ensured England do not get off to sluggish starts. Joe Root, Ravi Bopara, and Jos Buttler have scored runs as well, which makes England’s batting look significantly more impressive than it did earlier in the year.

On the other hand, barring the usual duo of Kumar Sangakkara and Jayawardene, the Lankans have not looked the dominant batting side they are used to being. In the wake of their 5-0 whitewash against India, if they lose this match, warning bells are sure to start ringing. Overall, Sri Lanka are still the favourites, but England have proven themselves more than capable of holding their own. Colombo is likely to see an evenly-contested game. 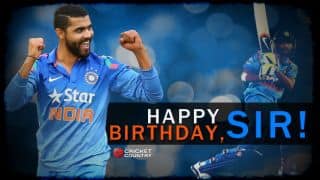