Of active Test bowlers, Herath has the third most wickets after the England pair of James Anderson and Stuart Broad.

Sri Lanka’s left-arm spinner Rangana Herath will retire from international cricket at the end of the first Test against England in Galle next month.

Herath, 40, is the most successful left-arm spinner of all time with 430 and Sri Lanka’s second-highest Test wicket-taker after Muttiah Muralitharan. The Galle Test will be his 93rd, bringing an end to a career that began in 1999.

Of active Test bowlers, Herath has the third most wickets after the England pair of James Anderson (564) and Stuart Broad (433).

Herath played his first Test in September 1999 before being dropped in 2000, after which he returned in 2004 and played nine Tests until 2005. Called up as from playing league cricket in 2009 when Muralitharan was injured, Herath made an immediate impact with five wickets in victory over Pakistan in Galle and has not looked back since. From the time he retuned to Sri Lanka’s Test team in July 2009, Herath has claimed 394 wickets in 78 matches at an average of 26.90 and strike-rate of 57.8.

During this time, he has helped fashion Test series wins over Australia, England, South Africa, Pakistan (four times), New Zealand, Bangladesh (thrice), West Indies and Zimbabwe (twice). During Sri Lanka’s 3-0 sweep of Australia at home in 2016, Herath claimed 28 wickets in three Tests and took a hat-trick in Galle, the second Sri Lankan after Nuwan Zoysa in 1999 to do so.

Herath has been named Man of the Match on 11 occasions and Man of the Series five times. His career-best innings figures of 9/127 came versus Pakistan in 2014 as Sri Lanka wrapped up the series 2-0 and his best match haul of 14/184 came in that same Test.

His retirement in Galle, where he needs one wicket to join Muralitharan as the second bowler with 100 at the venue, also ends Sri Lanka’s last active link to the 1990s. 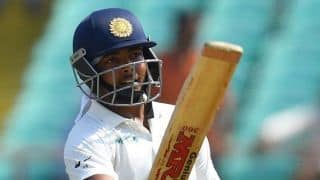 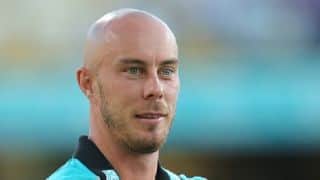